This year In Massachusetts the Senate passed a bill to ban the use of handheld phones as well as electronic devices while driving the bill, S.2093, requires anyone using a handheld phone to use hands-free technology to both dial and to talk. The bill prohibits a driver from holding a phone, entering an address in a GPS navigation system or reading messages and of course texting f or using e-mail while talking, inputting an address into a GPS, or composing or reading an electronic message. 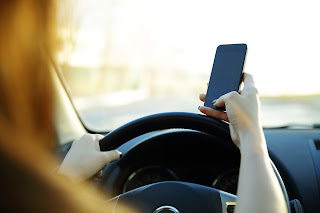 The fines for these offenses would be $100 for a first offense, $250 for a second offense and $500 for a third offense. These are the same fines that currently exist for texting while driving.  If you have an emergency (911 calls etc.) then these fines would not be enforced. A criminal defense lawyer may be needed if an individual is in violation of the law, if passed, and the individual cause’s physical harm to another or even death.

Today’s drivers are used to being able to call someone whenever they like text a friend or use GPS to be able to move about town. With the convenience of technology, also comes mistreatment. Individuals can easily become distracted by the mobile device to then forget they are actually controlling a motor vehicle, instantly causing an accident. In the United States, car accidents are happening more often, resulting in personal injury cases due to individuals using mobile devices and not paying attention. Motor vehicle offenses in Massachusetts are happening more and more, with the lawyer covering such cases on a regular basis.

New Legislation to Potentially Save Lives

In the House of Representatives, a similar measure is to be proposed and if passed, the bill would need to be signed by Governor Charlie Baker to become law. Jason Lewis, a Senator of the state, commented that the public safety issue is a situation that can mean the difference between life and death. The banning of such activity via a mobile device while driving would significantly diminish driving distractions, according to Baker, which will save lives by making the road safer.

Penalties for Violation of Proposed Legislation

For a criminal lawyer, it is not uncommon to represent an individual of Massachusetts who has been involved in a car accident. Mobile devices have created an additional layer to vehicle accidents, being a big cause in why drivers hit other individuals on the roadways. By passing such a law, drivers can feel safer to be on the roadways as those who would use mobile devices in an unsafe manner would be punished if found to be doing so.

Thoughts on the Measure

Residents of Massachusetts have mixed feelings about the measure, but for the most part, residents want to see the streets safer. Individuals will have to make adjustments by using the ‘hands-free’ feature to talk to family and friends or to use the GPS system while driving. However, this small change will make the roads a safer place for residents as well as travelers to the state.

By Kathleen A. Delaney Esq. 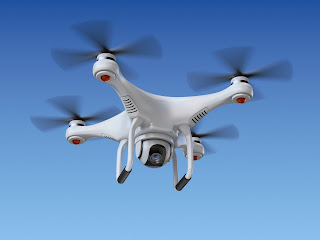 In recent years, drones have become increasingly popular for serious private and public concerns. Some mail-order companies are using drone to deliver small packages. Real estate and film industries are using drones to take photos and videos of otherwise difficult to reach spots of buildings and natural formations (like tops of mountains).

Now, police and military sectors are looking into using drones for criminal law enforcement. An extreme example of such use of drones is to assist with hostage situations. They can easily access wooded areas to photograph, follow and locate fugitives, missing children, illegal drugs, or stolen goods. Drones can also discreetly record conversations which can serve as potentially incriminating evidence against suspects. They can be equipped with lights, loudspeakers and weapons. They are operated remotely, reducing casualties to law enforcement and military personnel.

Despite their apparent usefulness, the use of drones faces many obstacles as to their legality. Anti-drone proponents argue violations to citizens’ Fourth Amendment rights, particularly one’s personal right to privacy and the immunity from being searched or questioned without a warrant. Pro-drones proponents urge their effectiveness for preventing crime and terrorism and limiting casualties to law enforcement and military personnel.

Some police departments have commenced training in drone operation and are getting ready to include drone technology in their everyday policing. Private suppliers provide materials and training on the proper use and handling of drones during operations.

Unfortunately, existing laws are not very clear about the legality and extent of use of drones for conducting criminal law enforcement and monitoring. Senate Bill 185 and House Bill 614 have been submitted to the Massachusetts House of Representatives and Senate. According to the proposed bills, drones can be used by law enforcers only if they have warrants or if there’s a life-threatening situation. If the bills are passed, weaponized drones will be banned and drone surveillance will be limited. These bills do not affect hobbyists and commercial entities.

Criminal defense attorneys oppose the use of drones in law enforcement. Residents who feel likewise should write their local representative or congressman/woman while the bills are being considered.